If you are a frequenter of my blog (granted, that would usually be if I updated frequently, which I sort of don't) you might notice there are several new entries that seem to have magically shown up in the past. Basically, I am trying to get into more of a normal blogging schedule--we'll start with any kind of schedule, normal or not and work from there.

But also, I have recently started to exercise more. While I have been playing pick up ultimate frisbee once or twice a week with the same group of crazy engineers-and-those-who-love-them (I use the word "love" loosely here. My friends are hilarious, yes, but the kind of odd only another odd person could love. ;o) ) since 2009, I've never been what you would call an exerciser. Part of the reason I enjoy ultimate frisbee (besides the hilarious people, the fun parties we throw, and the potential for hot gossip on the sidelines) is that the exercise has a purpose, the game of throwing and catching the frisbee makes all the running and dashing and soreness bearable.

However, one of my friends from college sent out an email a couple months back about participating in the Dirty Girl Mud Run, a 5K with obstacles and mud (shocker) that is all-girl, all athletic abilities, all mud, all the time. And I did it. And it was awesome.

My newest challenge? I have started the Couch to 5K running program, which basically pieces out a training regime in nine weeks that starts at running for a minute at a time... to the whole time.

Because I think that cooking and exercise often can go hand in hand (not literally, please do not run while baking, chaos will ensue), I'm thinking I will integrate my stab at healthy habits into this blog. If nothing else, it will give me more material to write about.

So never fear! The same hilarious write-up of recipes and Foodie Penpals will continue. I just might share random healthy/exercise/life tips as well. Cool?

Now, on to the promised pictures after the jump!
Read more »
Cooked up by Katie at 11:54 PM No comments:
Filed in: exercise, meta

Everyone has their favorite dessert. My dad loves German Chocolate cake (coconut creeps me out, which is why it's HIS favorite dessert not mine). My mom always wants root beer floats on her birthday. Me? Give me a good chocolate chip cookie and I'm yours. 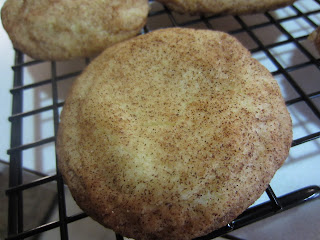 Now don't get me wrong, I like snickerdoodles fine, they just don't light me up. However, as recipes go, this one is excellent, not only because it's pretty easy, but because by rolling the snickerdoodles in cinnamon sugar, they retain all that lovely winter/fall taste and have an excellent texture and visual appeal. 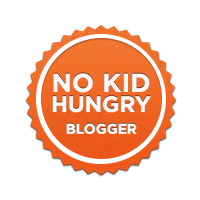